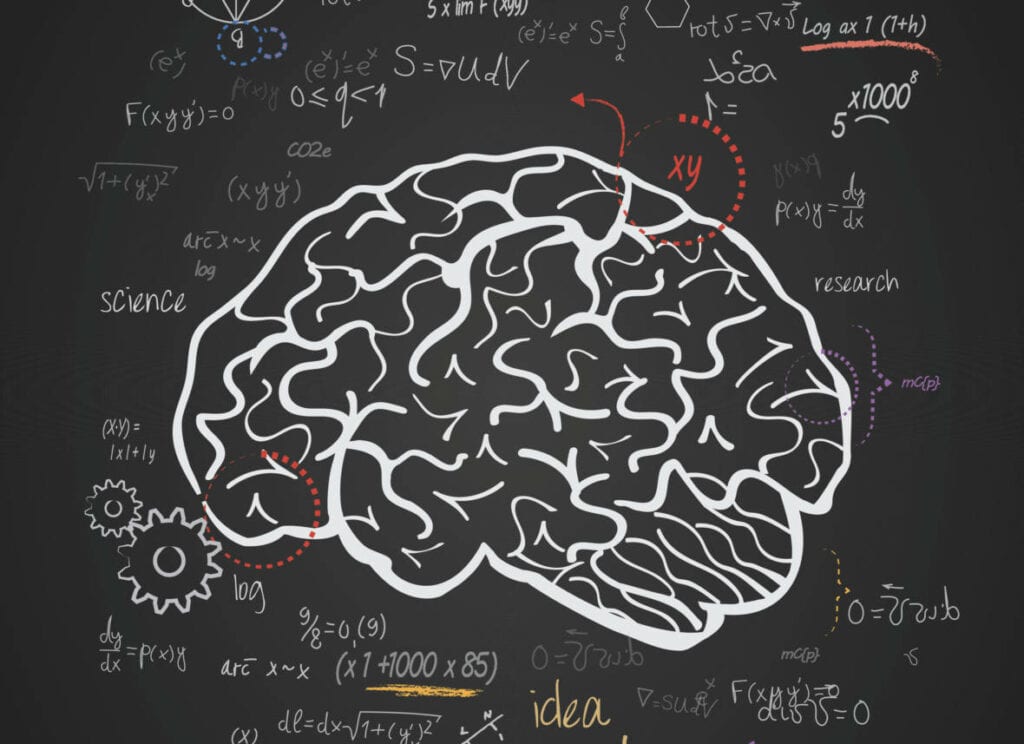 If you’d met Ulrich Boser while he was still in school, you might not have tagged him as a guy who would one day write a book about learning. Early in his life, at least, learning was a struggle. “School was tough for me from the very start—I repeated kindergarten,” Boser tells me ruefully. All these years, he’s kept a piece of paper with him: the school psychologist’s report on his learning problems. He elaborates further in a new book:

“Different theories about the cause of my difficulties floated around, vague potential explanations. One account held that I was slow to learn because my immigrant parents spoke German at home. Others claimed that I had an auditory problem, that my brain wasn’t wired correctly when it came to listening. Still others believed I lacked intelligence, that almost magical ability to think through issues and solve problems.”

Over time, however, Boser learned how to learn, and he began to excel academically. He is now  a senior fellow at the Center for American Progress, a think tank in Washington, D.C.—and the author of Learn Better: Mastering the Skills for Success in Life, Business, and School, or, How to Become an Expert in Just About Anything. Boser was motivated to write the book by his own experience, and by an explosion in research in the learning sciences that has taken place over the last 20 years.

“For a long time, people assumed that the ability to learn was the same thing as intelligence: If you’re smart, you can learn,” says Boser. “What we know now is that specific approaches and techniques can increase students’ success.”

Over the past couple of decades, the science of learning “has gone from an obscure topic to a well-established field,” he writes. “Still, most of the research findings have remained buried in dusty academic journals and obscure government reports. Far too little has reached the public. Far too little has changed how people learn.” 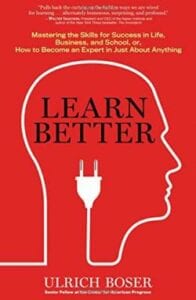 In Learn Better, Boser explores the research literature, interviews psychologists and cognitive scientists, and even tries out promising educational techniques on his two daughters, taking them to math classes employing the abacus, an ancient Chinese counting tool. He also adopts research-based approaches himself. Like all of us these days, Boser observes, he as “to learn new information all day, every day.” Persuaded by studies showing the importance of feedback, Boser began asking colleagues for critiques after he gave a presentation. Impressed with research on the cultivation of higher-order thinking, he began asking himself “metacognitive questions” as he worked on the book: Do I know this about learning? Why do I know this about learning?

At times, he admits, Boser found himself reverting to old habits. “We know from decades of research that re-reading written material gives us a false sense of fluency—we feel like we know it, but we really don’t,” he says. “Much more effective is putting the material away and trying to recall it from memory. I know this—but I would still find myself re-reading my notes before a speech. I’d catch myself and wonder, Have I learned nothing?!”

Actually, of course, Boser has learned quite a lot, and he conveys it in an accessible and enjoyable style in Learn Better. He scrupulously reports the research of others, and shares the results of studies he led himself at the Center for American Progress—for example: “Working with some of the nation’s most respected learning experts, I recently conducted a survey to see what people knew about how to acquire a skill, and the results were remarkable. While an overwhelming percentage of Americans said that they knew the basics of effective teaching and learning, they harbored a lot of weak intuitions and false beliefs about how people learn.”

It’s more important than ever that we correct these misconceptions, replacing them with an evidence-based understanding of how learning actually works. Having overcome an inauspicious start to his educational career, Boser today holds the ability to learn above all others:

“We have to realize that in a world filled with data, when facts and figures flow as freely as water, when even cars are driving themselves, we have to be able to acquire new forms of expertise quickly and effectively,” he writes. “Learning to learn is what experts call the “ultimate survival tool,” one of the most important talents of the modern era, the skill that precedes all other skills. Because once you know how to learn, you can learn almost anything, and as a society, we need much richer forms of education, where information and knowledge work to foster the problem-solving skills that ultimately matter.”