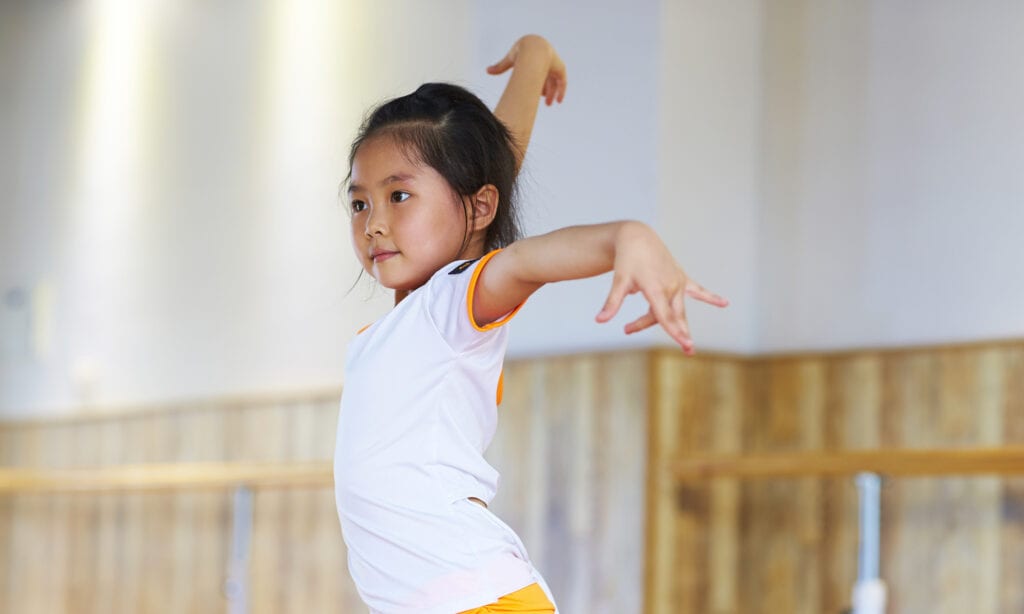 Dance — and physical activity — should have the same status in schools as math, science and language. Psst: it may even help raise test scores, says Sir Ken Robinson.

For several years, I’ve been a patron of the London School of Contemporary Dance. In 2016, I was invited to give the annual lecture in honor of founding principal Robert Cohan, and I decided to talk about the role of dance in schools.

Before the lecture, I tweeted the title “Why Dance Is as Important as Math in Education.” I had a lot of positive responses and a number of incredulous ones. One tweet said, “Isn’t that going to be one of the shortest lectures ever?” Another said flatly, “Ken, dance is not as important as math.” One person tweeted, “So what? Telephones are more important than bananas. Ants are not as important as toilet ducks. Paper clips are more important than elbows.” (At least that was a creative response.) Some responses were more pertinent: “Is that so? Important for what and to whom? By the way I’m a math teacher.”

I’m not arguing against mathematics — it’s an indispensable part of the great creative adventure of the human mind. It’s also intimately involved with the dynamics of dance. Instead, this is an argument for equity in educating the whole child. I’m talking about the equal importance of dance with the other arts, languages, mathematics, sciences and the humanities in the general education of every child.

Dance can help restore joy and stability in troubled lives and ease the tensions in schools that are disrupted by violence and bullying.

What is dance? It is the physical expression through movement and rhythm of relationships, feelings and ideas. Nobody invented dance. It is deep in the heart of every culture throughout history; dance is part of the pulse of humanity. It embraces multiple genres, styles and traditions and is constantly evolving. Its roles range from recreational to sacred and cover every form of social purpose.

Some people have long understood that dance is an essential part of life and education. In Dance Education around the World: Perspectives on Dance, Young People and Change, researchers Charlotte Svendler Nielsen and Stephanie Burridge bring together recent studies of the value of dance in all kinds of settings: from Finland to South Africa, from Ghana to Taiwan, from New Zealand to America. The low status of dance in schools is derived in part from the high status of conventional academic work, which associates intelligence mainly with verbal and mathematical reasoning. The studies collected by Nielsen and Burridge explore how a deeper understanding of dance challenges standard conceptions of intelligence and achievement and show the transformative power of movement for people of all ages and backgrounds. Dance can help restore joy and stability in troubled lives and ease the tensions in schools disrupted by violence and bullying.

A number of professional dance companies offer programs for schools. One of them is Dancing Classrooms, a nonprofit based in New York City, which brings ballroom dancing into elementary and middle schools in some of the most challenging districts in the country. Using dance, the organization aims to improve social relationships especially among genders and to enrich the culture of the schools by cultivating collaboration, respect and compassion. Founded in 1994 by the dancer Pierre Dulaine, the program now offers each school twenty sessions over ten weeks, culminating in a showcase.

Toni Walker, former principal of Lehigh Elementary School in Florida, shares this story from working with Dancing Classrooms. “When this young lady first came to Lehigh, the file on her was probably two inches thick,” Walker recalls. “She felt she needed to prove herself and make sure everyone knew she was strong and would fight.” The girl didn’t want to join the ballroom dancing program … but participation wasn’t optional. Soon, she found she had a natural ability. “In the next lesson, she had a little bit of a different attitude and we didn’t have to fight with her to dance,” Walker remembers. “She just got in line.”

By the third and fourth lessons, Walker says, the student was transformed: “She carries herself differently; she speaks differently; she is kind; she is respectful; she has not had one [disciplinary notice], not one. Her mother can’t believe what she sees. It’s amazing. Amazing. The program is far greater than people understand.”

In one evaluation, 95 percent of teachers said that, as a result of dancing together, students’ abilities to cooperate and collaborate improved.

Dance education has important benefits for students’ social relationships, particularly among genders and age groups. Many forms of dance, including ballroom, are inherently social. They involve moving together in synchrony and empathy, with direct physical contact. In an evaluation of Dancing Classrooms in New York City, 95 percent of teachers said that as a result of dancing together, there was a demonstrable improvement in students’ abilities to cooperate and collaborate. In a survey in Los Angeles, 66 percent of school principals said that after being in the program, their students showed an increased acceptance of others, and 81 percent of students said they treated others with more respect. Dance has economic benefits, too. As well as being a field of employment, dance promotes many of the personal qualities that employers recognize as essential in a collaborative, adaptable workforce.

One principal was especially impressed by the improvements in reading and math scores among her fifth-grade students.“There are no ifs, ands, or buts about the program’s impact in the academic lives of our children,” says Lois Habtes of the Emanuel Benjamin Oliver Elementary School in the Virgin Islands. “When I first got here, they were failing scores. Last year — our second year in the program — they got up to 83 percent. This year, our fifth grade scored 85 percent on the reading test, the highest in the school.”

Dance and theater are mostly seen as second-class citizens in schools.

It’s not just dance, of course. The success of Dancing Classrooms is an example of the well-documented relationship between physical activity and educational achievement. The trend in most US school districts is to cut phys ed and similar programs in favor of increasing time for math, science and English. These measures have simply not improved achievement as so many policy makers assumed they would.

A panel of researchers in kinesiology and pediatrics conducted a massive review of more than 850 studies about the effects of physical activity on school-age children. Most of the studies measured the effects of 30 to 45 minutes of moderate to vigorous physical activity three to five days a week on many factors — physical factors such as obesity, cardiovascular fitness, blood pressure and bone density, as well as depression, anxiety, self-concept and academic performance. Based on strong evidence in a number of these categories, the panel firmly recommended that students should participate in one hour (or more) of moderate to vigorous physical activity a day. Looking specifically at academic performance, the panel found strong evidence to support the conclusion that “physical activity has a positive influence on memory, concentration and classroom behavior.”

Most children in public schools in the US receive some education in music and visual arts, patchy though it often is. But dance and theater are mostly seen as second-class citizens, and opportunities in the arts, in general, are lowest for students in areas of high poverty. “There are still millions of students who do not have access to any arts instruction. Many of them are in our poorer communities where the programs are arguably needed the most,” says Bob Morrison, the founder and director of Quadrant Research.

Would it be okay to have millions of students without access to math or language arts? he asks. “Of course not, and it should not be tolerated in the arts. There is a persistent myth that arts education is for the gifted and talented, but we know that the arts benefit everyone regardless of their vocational pathways,” he says. “We don’t teach math solely to create mathematicians, and we don’t teach writing solely to create the next generation of novelists. The same holds true for the arts. We teach them to create well-rounded citizens who can apply the skills, knowledge and experience from being involved in the arts to their careers and lives.”

Excerpted from the new book You, Your Child and School: Navigate Your Way to the Best Education by Sir Ken Robinson and Lou Aronica. Published by Viking, an imprint and division of Penguin Random House LLC, New York. Copyright © 2018 by Ken Robinson.

At Glarea Private School in Surrey, our challenge-based learning programs help our students grow and get ready for the world they will encounter.