As Australia’s chief science nerd, I found lessons for today in this obscure piece of science history. It can help us map our nation’s future 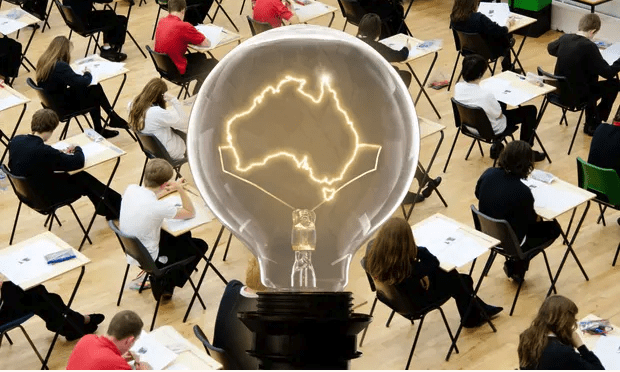 Let me share a story with you. It is a story of discovery and exploration.

We begin in 1751, in a small village in the north-east of France, when Joseph Lepaute Dagelet was born. Growing up, Dagelet looked up to his brother, Dominique, who was working in Paris with their uncle, the horloger du Roi – clockmaker to the King.

When Dominique returned home, he began to train his younger brother in the family trade. At the age of 16, Joseph Dagelet himself was off to Paris to pursue his own career in horology.

When he got there, however, he discovered that measuring the movements of the heavens was less exciting than actually exploring the heavens themselves.

And so, encouraged by his aunt, herself an astronomer of note, Dagelet changed tack and enrolled as a student at the Paris observatory.

From there, he quickly rose to become a professor of mathematics and the youngest associate member of the French Academy of Sciences.

While Dagelet’s career was flourishing, French King Louis XVI commissioned a round-the-world voyage of discovery. He insisted that an astronomer be included among the expedition’s members.

So, in August 1785, Dagelet and 224 other officers, crew members and scientists set sail on a passage to the Pacific.

Two years into the journey, the expedition was ordered to investigate rumours that the British were establishing a penal colony in a remote location in the South Seas.

On 26 January 1788 the expedition arrived at Botany Bay. Upon disembarking, Dagelet immediately set up an improvised observatory. While he was doing so, second lieutenant William Dawes of the British Marines was unpacking his own telescopes and astronomical instruments about 15 kilometres to the north. 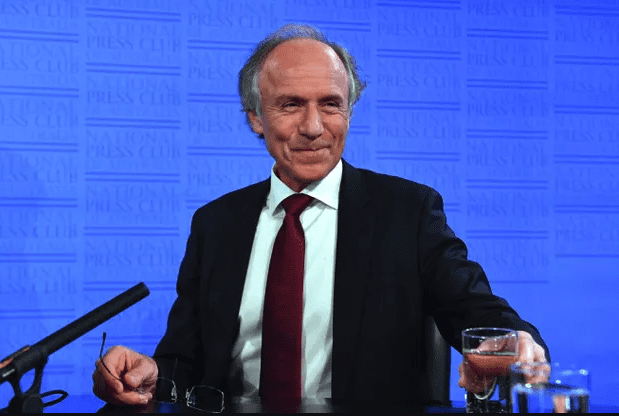 ‘We are all equally entitled to be taught by teachers who are experts in their field and confident in their role,’ writes chief scientist Dr Alan Finkel. Photograph: Mick Tsikas/AAP

Apart from the appropriateness of his qualifications, governor Arthur Phillip had hand-picked Dawes due to his proficiency in French. Consequently, Dawes was sent to visit the French fleet. The two astronomers met and, for the next 18 hours, exchanged information and ideas.

Buoyed by their meeting, Dagelet wrote Dawes a letter in which he provided technical advice to his British counterpart.

Not only was the information in the letter crucial to Dawes establishing geographical coordinates for Sydney, but Dagelet’s detailing of his geodetic observations appear to record the first formal scientific experiments undertaken by a European in Australia.

In an abrupt end to this story, a week later Dagelet and the rest of the French expedition departed from Botany Bay and were never seen again.

So why do I share this obscure piece of history? Well, firstly, as Australia’s chief science nerd, I never miss an opportunity to promote some science history trivia.

But secondly, and more importantly, there are lessons for today in the tale of monsieur Joseph Lepaute Dagelet.

A common theme in Dagelet’s life is the excellence of his education. He was trained by a master clockmaker, a master astronomer, and a master explorer.

While we don’t all have the privilege of talented aunts, uncles, older brothers and ship’s captains to inspire us, we are all equally entitled to be taught by teachers who are experts in their field and confident in their roles.

In this regard, I think of Sarah Chapman, who won the prime minister’s prize for excellence in secondary teaching in 2013.

When we raise our standards, children raise their sights

I first met Chapman when she was an enthusiastic teacher participating in Science and Technology Education Leveraging Relevance (STELR) – a national initiative of the Academy of Technology and Science, which I helped to establish.

STELR runs in more than 700 Australian schools. It provides context and objectives, but its success hinges on the presence of skilled teachers, like Chapman, who are confident in the material and able to empower their students.

In my career I have been an academic researcher, a businessman, a university chancellor and now a government adviser. I believe I have the life experience to confirm the wisdom of what I was taught: students need a solid foundation of knowledge that is built upon, layer by layer. That is how you hone your skills – then after that, in the workforce, it is far easier to pivot from one career to another.

Likewise, Dagelet was nurtured by subject-matter experts until he gained fluency and mastered the fundamentals.

That mastery allowed him to change careers and seize new opportunities as they presented themselves.

Indeed, his proficiency in science and mathematics, then essential in the manufacturing of timepieces, astronomical research and nautical navigation, remains essential in their contemporary counterparts – the application of atomic clocks, discovery of exoplanets and design of satellite navigation systems.

And when Dagelet met Dawes, their mastery of two fundamental subjects was crucial: mastery of a language (French) enabled their exchange of esoteric concepts, and a mastery of mathematics, the language of science, underpinned the initial mapping of Sydney.

Over 200 years later, we can be grateful for the dedication to learning that landed Dagelet on our shores.

However, recounting his story also compels us to reflect on the state of our current education system and consider what it holds for our future.

The poor performance of our students in international testing of literacy, reading and numeracy in 2019 is a serious matter that demands urgent action.

We must reverse this trend by cultivating the natural curiosity and capabilities of children.

By stimulating a love of learning and expertly guiding their enthusiasm for exploration.

By igniting their imaginations to a world of possibilities and challenging them to pursue new ideas and help solve real-world problems through the application of deep knowledge.

Equipped with the disciplinary knowledge and learning skills they need, they will be bold and ambitious in their goals.

With ambition, I am confident our children will achieve their, and our nation’s, future aspirations.

Because when we raise our standards, children raise their sights.

It starts with a renewed focus on ambition and the development of core skills – top of my list to make Australia a better place.